Schedule a Visit
Our Service Details

Review Us On Google! 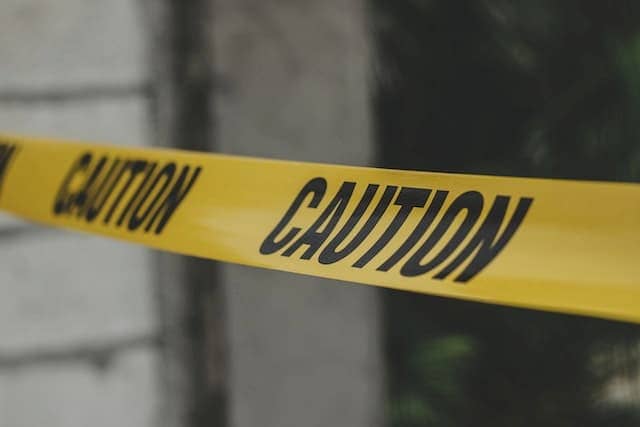 The following is an article we felt you should read. If you ever get a visit at your home from any HVAC companies in North York, slam the door in their face! The story below was published on Global News about a company called Ontario Green Savings which got a couple to enter into a mortgage agreement on the purchase of a new HVAC system. They ended up owing $40,000 with a lien on their house.

If you haven’t heard, the Ontario government banned unsolicited door-to-door sales of specific items effective March 1st, 2018. This ban came into effect to protect consumers from misleading marketing tactics by unscrupulous companies. It’s now illegal for HVAC companies in North York to try to sell appliances or larger ticket items. In fact, ANY company that tries to sell you anything from the following list is now doing so against the law:

Read on to learn the horror story that happened in Mississauga Ontario:

Susan Giffen says she remembers the banging sound vividly, three years after sales agents were pounding on her front door in Mississauga.

“It was about eight o’clock, we were watching television,” she said, recalling that she and her husband thought they ought to answer to tell the people on the front step to “knock it off.”

Instead, after opening the door and hearing a convincing sales pitch, the couple ended up signing a 12-year purchase contract with Ontario Green Savings for a new furnace, air conditioner and HEPA filter.

It was a hasty decision she regrets, one driven by what she says were promises of big savings and rebates that haven’t come to fruition.

“One of them (the salesmen) deserved an Academy Award for his performance, looking back,” Giffen told Global News in an interview.

Now, she’s warning other consumers to beware of door-to-door sales tactics and promise-filled pitches — even though the Ontario government outlawed unsolicited selling at the door in connection with the sale of certain items including furnaces and air conditioning units in 2018.

That was a year before Giffen and her husband were signed up.

Over the course of the contracts they signed, the items will cost more than $40,000 — well above the price if they hadn’t agreed to the long-term financing — and extended warranties that many experts don’t recommend buying.

They are also stuck with a lien on their home, something Giffen says the sales representatives didn’t mention at the time.

“We specifically told these sales guys we were planning on selling our house,” she said.

They can’t sell their home until the lien is discharged.

Door-to-door selling continues widely in Ontario, despite legal restrictions, in part because some sales agents will initially offer to install other devices, like doorbell cameras or thermostats, which are not subject to the ban.

At the same time, agents will often promote higher-margin items, including furnaces.

The CEO of Ontario Green Savings is facing more than 113 charges under the province’s Consumer Protection Act for failing to take proper care as a corporate director.

Saeed Torbati, who posts motivational videos online, has refrained from commenting to journalists who have contacted his company about allegations of deceptive marketing.

But he picked up a call from Global News, unaware that a consumer reporter was on the line attempting to reach him.

“This is the last conversation you’re going to have with me,” Torbati said toward the end of a 25-minute conversation in which he argued his companies offer a valued service and competitive pricing.

At the beginning of the conversation, Torbati firmly denied Ontario Green Savings made unsolicited door-to-door calls even though that’s how Giffen and her husband were introduced to the company.

Torbati, at 31, has been fighting serious legal charges over several years.

Last June, Torbati was acquitted in the hit-and-run death of 56-year-old Jogeswary Cumarasamy in Scarborough on March 31, 2016.

Court heard that Torbati’s black Mercedes struck and killed the woman, that he stopped his car to look at the deceased, then drove off, according to Ontario Superior Court Justice Susan Himel’s summary of the facts of the case.

However, the court accepted Torbati’s testimony that he left the scene because it triggered flashbacks related to his own father’s car crash death.

“I want to wish Mr.Torbati good luck,” Himel remarked during a hearing over Zoom, according to a report in the Toronto Star.

Torbati also received an absolute discharge for breaching a court order in an unrelated matter, the Star reported.

The consumer ministry charges have not been resolved.

Giffen wants to negotiate to purchase the furnace, air conditioning unit and HEPA filter outright and have nothing more to do with Ontario Green Savings and Torbati.

There’s a good reason to cut the contract short: every year, the monthly payments go up by 3.5 percent, something the couple hadn’t fully understood when they heard the sales pitch on Valentine’s Day, 2019.

And we don’t go door-to-door!

Why is My Furnace Not Blowing Hot Air in North York?

How Long Does it Take to Install a Furnace in Richmond Hill?
Comments are closed.

HVAC Technicians You Can Rely On!

We offer 24/7 Emergency Service to all of our customers. You can always count on City Energy Experts to get to you fast and get the job done right the first time. We use state-of-the-art diagnostic equipment to find the source of your heating and air conditioning problems and fix them fast.

We offer 24/7 Emergency Service to all of our customers. You can always count on CITY ENERGY Experts to get to you fast and do the job right the first time! We use state-of-the-art diagnostic equipment to find the source of your heating and air conditioning problems and fix them fast.